sE X1 Heart of Gold
Three bundles in one page

A universal awareness campaign for sE Electronics and their X1 recording microphone. The goal of the campaign was to convey information surrounding the build quality and materials used in the sE X1 microphone’s design. Specifically, the fact that it is assembled by hand and uses a gold sputtered diaphragm the likes of microphones many times as costly as the X1.

The second phase of the campaign expanded on the story of “Heart of Gold” by displaying the three versions the mic is available in: The X1 alone, the X1 Vocal Pack and the X1 Studio Bundle. 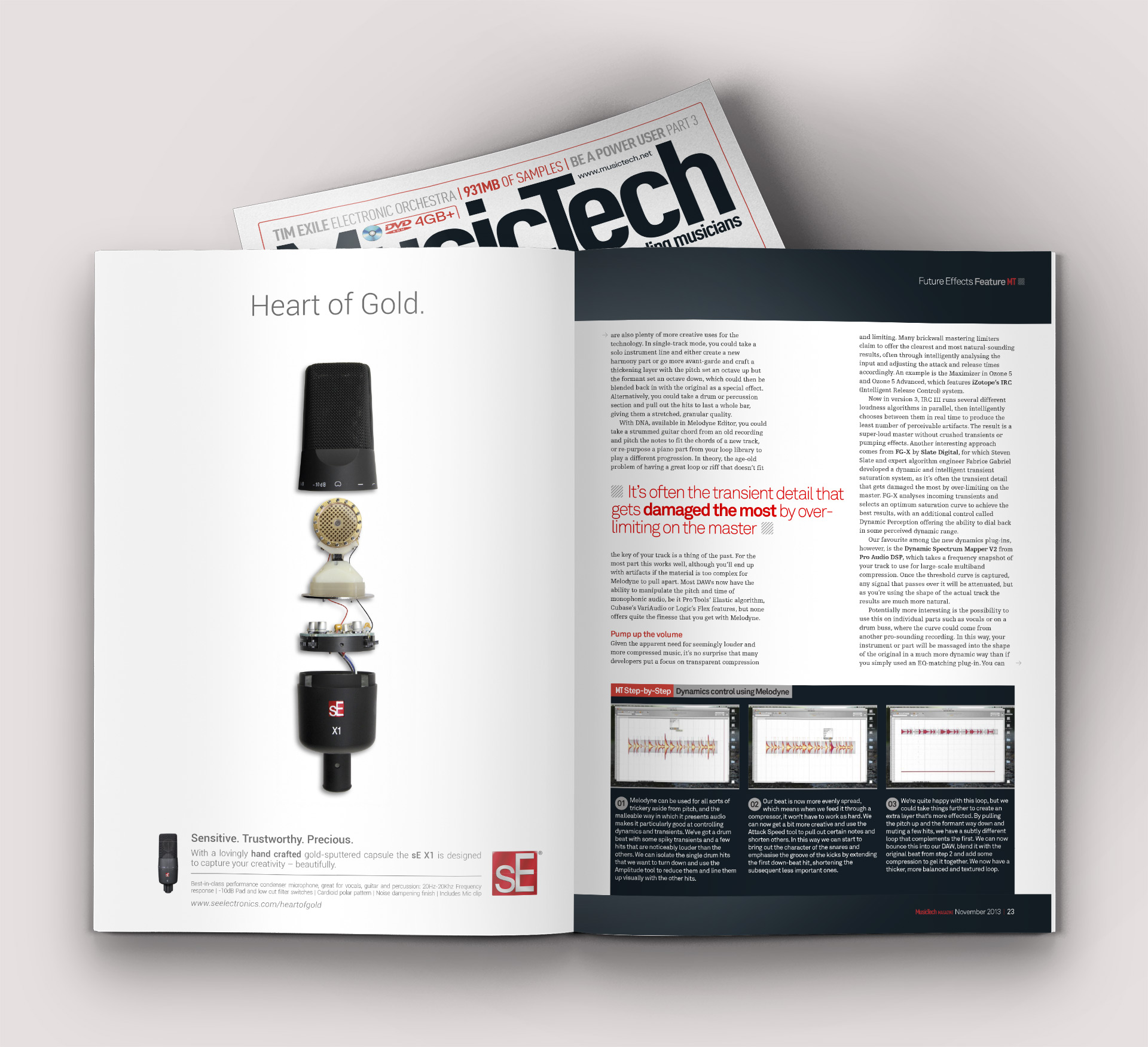 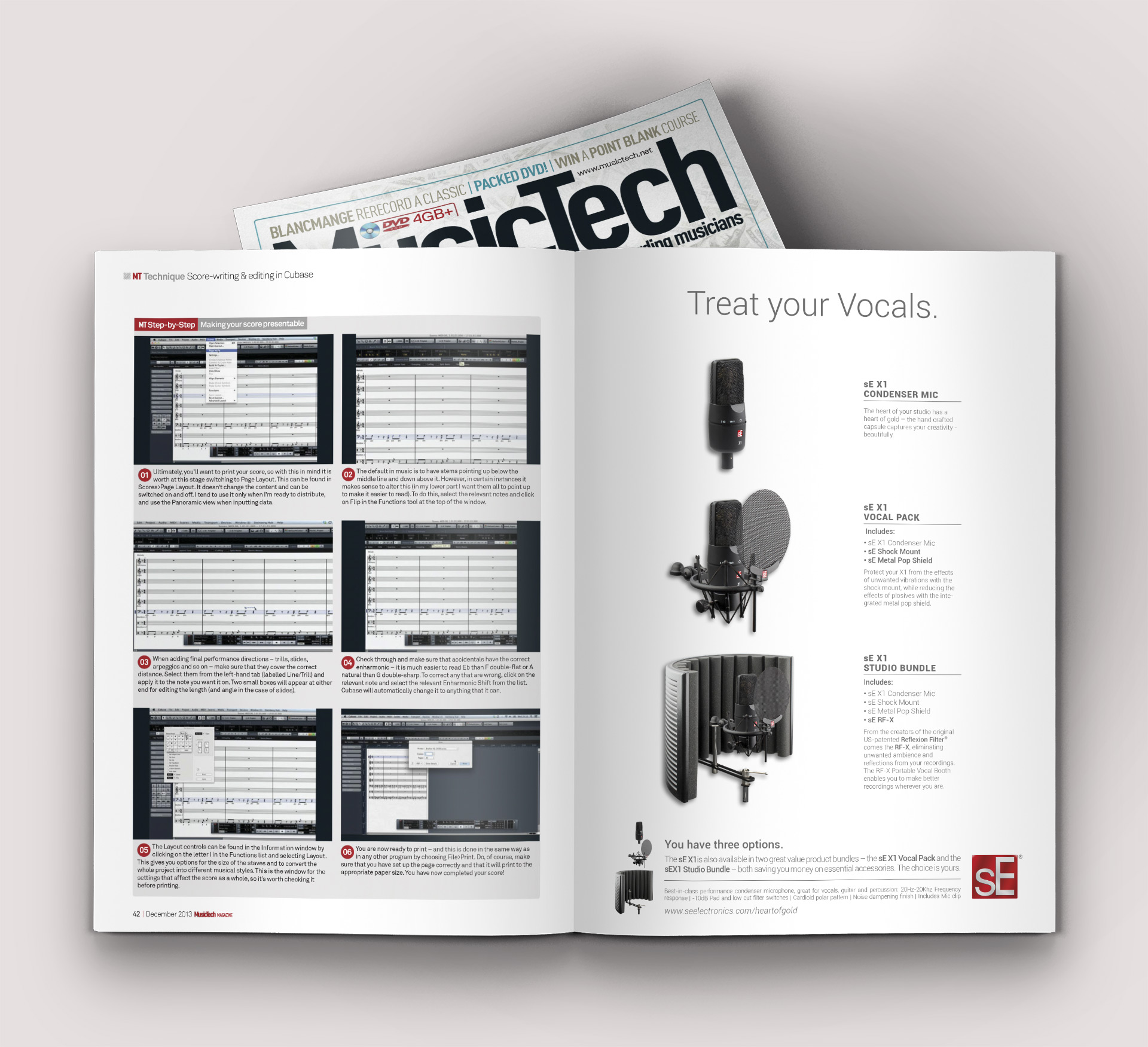